Amazon Sweden – From Getting off on the Wrong Foot to a New Chapter for E-commerce? 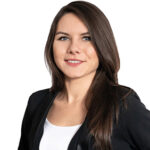 From setting up the wrong country flag, through disastrous on-page mistranslations, up to mistakes in pricing in local currency – Amazon launch in Sweden in October 2020 has gone down in history as a comedy of errors. What has changed after a year of presence in the market? How will the Swedish mature e-commerce landscape evolve because of Amazon’s entrance? And finally – is it a good idea to start selling on that platform? Let’s find out!

In their worst nightmares, Amazon’s decision-makers didn’t imagine that setting their foot on the Swedish thriving market would be so embarrassing. But before we bring back those memories, let’s drill into the current state of the e-commerce market in Sweden.

The renaissance of Swedish e-commerce

It’s easy to understand why Sweden was on Amazon’s roadmap. Nordic countries, as a whole, have established their reputation as the most advanced economics on the globe. Wealth, digital literacy, nationwide access to the Internet, and a long history of online shopping – these factors translate into the region’s attractiveness. Brands and retailers rightly perceive Nordics in general and Sweden, in particular, as markets worth entering, because of the extensive overseas trade, openness to foreign investors and outward-looking citizens.

According to the Nordics 2021 – Ecommerce Report created by Retailx, Swedes of all ages (starting from 16 years old, ending at 74 years) both use the Internet and buy goods online to a great extent. The most active group is between 25 and 34 years old but it’s not leaving any other cohort significantly far behind.

As we can see, the Swedish market is a retailers’ wild dream because even people between 65 and 74 years old are solid e-shoppers.

And more statistics from the report tend to magnify this optimistic view – the B2C turnover is expected to hit €11.92bn in 2021, which would be nearly a €2bn ramp-up compared to 2020. The e-commerce flourishing in Sweden is unquestionable. Already in 2020, because of the pandemic, the national E-GDP has risen by 2,2%, and 2021 is likely to beat that result with a 2,5% growth.

Knowing that the e-commerce market in Sweden is vibrant and mature, it’s time to find out where do Swedish e-shoppers go to.

It’s worth highlighting that the number one choice is the retailers with headquarters in Sweden – 38.5% of web visits confirm that trend. However, the same data say that Swedes are pretty OK with shopping online from the rest of the world – the US (25,5%), Finland (7,1%), Denmark (6.3%), Norway (5,5%), Germany (5%), and many more. And when it comes to brands, filling shopping carts on eBay, Wish, H&M, Zalando, Boozt, or Amazon (British and US) has long enjoyed great popularity. Zooming into Swedish players, local bookworms go to sites like Adlibris and Bokus, while the general marketplaces scene is dominated by platforms such as Apotea, Fyndiq, fast-growing MyMall.se, and last but not least – CDON.

We intentionally closed the list with CDON, because it was this company that openly enjoyed Amazon Sweden failed attempt on taking over the country back in 2020. As they revealed to Wired, entering the Swedish market by Amazon triggered an „accelerated intake of new merchants” on CDON.

While Amazon coming into Sweden was a matter of time and a reasonable move from the e-commerce giant’s perspective, the implementation turned into a slapstick comedy.

Even though their marketing department flexed their creative muscles to come up with a nickname for the launch after Abba’s song, the company didn’t pay the same attention to the rest of the localisation.

First of all, they placed an Argentinian flag instead of Swedish one on the site’s country picker. Second, instead of leaving the English language on their pages, which clearly the vast majority of Swedes perfectly understands, they auto-translated the website copy, including product names and descriptions. This way, they quickly earned the media’s interest, but not in a positive way.

Last, the pricing and currency conversion to Swedish krona also went on autopilot. It ended up using the Swedish version of cents, which no other retailer would place on their marketplace.

Local resistance to a „hostile takeover”

Moreover, commentators bring up the aspect of the conflict between a large company and a strongly unionised market. The high level of union membership will mean that employee rights will play a vital role in Amazon’s success in Sweden.

But let the numbers do the talking – Amazon entered the market armed with 150 million products in 30 categories. According to the report conducted by Boston Consulting Group, in the next 5-10 years, Amazon will dominate the Swedish online shopping landscape. Those predictions are based on observing other countries where the retailer T-rex has conquered markets with a variety of products and last-mile delivery solutions.

Even though Amazon is explicit about its good performance in the Swedish market so far, the national buying habits say otherwise:

…a survey of 1,000 Swedes by Qvik in March, which found that 67% had not tried shopping on Amazon, while 16% had tried it once before returning to their previous online retailers. Moreover, 21% had elected not to use it because they perceived it as a threat to local businesses…

Whereas the concerns about Amazon entrance will crush other robust marketplaces are totally off the hook, experts admit that the company will slowly but surely merge into the Swedish traffic.

Circling back to the Nordics 2021 – E-commerce Region Report:

…do not bet against Amazon being a success in Sweden, especially considering how many Nordic consumers already shop internationally and use amazon.co.uk or amazon.com.

Media, such as Forbes, are also optimistic about the US colossus and its adventures here. Their adapting process will translate into more challenging times for other marketplaces, but most importantly – for brick and mortar stores.

Moreover, investing in building a logistics facility in Eskilstuna, which is only 100km away from Stockholm, can not only reinforce Amazon’s presence in Sweden but also pave the way to further expansions to Denmark or Norway.

And last, from the cultural point of view – despite robust Nordic model principles – we can come across opinions like from the tech entrepreneur Sïmon Saneback quoted by Forbes:

Nordic culture is quite Americanised and it would not be surprising if, in a few years, Amazon’s ecosystem becomes part of common life.

E-commerce experts were surprised that Amazon didn’t come fully armed to gain a foothold on the Swedish soil without offering their Amazon Prime from the start.

However, as we mentioned earlier, it was a matter of time that Amazon would spread their wings.

What is Amazon Prime? This premium subscription plan can accelerate your heartbeat because of:

Swedish Amazon Prime, available after a year of the platform launch, starts with a 30-day free trial. When that test drive comes to an end, users will face paying either 59 kr per month or 549 kr per year.

Interestingly enough, CDON is also tempting online shoppers with their CDON+ program that, similarly to Amazon, includes free shipping and personalized perks, costing 89 kr per year. Nevertheless, Amazon is likely to increase its customer base over time with its Prime plans.

Even if those mistakes didn’t happen, Amazon wouldn’t have an easy task with winning the Swedish e-commerce market. Strong unions, well-established marketplaces, and concerns about a negative impact on domestic businesses – it will not be a piece of cake for American giant – that’s for sure.

On the other hand, Swedish e-commerce is in bloom. What has been flourishing over the last decade, got an additional pandemic boost. Data delivered in the 2021 European E-Commerce Report leaves no doubt:

If it wasn’t for the lucrative e-commerce market in Sweden, Amazon wouldn’t even make a move.
And the SEO results (Semrush data analysis) for the Swedish Amazon domain speak for themselves:
• From a zero level (obviously) in Autumn 2020, the organic search traffic skyrocketed to a current level of 1.7 million per month!
• Those website visitors in 97% come from Sweden.

You can clearly see that the interest spike is real! And Amazon also invested in encouraging Swedes to get onboard – we’re talking about their Swedish E-Commerce Academy – which includes individual training sessions and webinars – can serve as a perfect example.

This is the time to start selling on Amazon Sweden

Despite all the nuances, please also remember that this is still Amazon, with:

And because it’s been only a year since the Amazon Sweden launch and we are looking at a highly saturated market, there is no better time than now to jump on Amazon’s train and get a share of that pie before everybody else does!

The odds are in the next few years, Amazon will take a larger share of the Swedish e-market, so it’s way better to start selling your goods right now.

Looking for the best possible way to approach that and drive incremental results with your offering? Having years of experience in helping brands generate more sales on other European Amazon markets,, our e-commerce experts at Nethansa can power up your plans with winning solutions.

Tell us a about your business requirements and sales targets and we will arrange a consultation, which will determine your sales potential. Let our AI-based platform and a team of dedicated experts help you set out on Amazon Sweden! 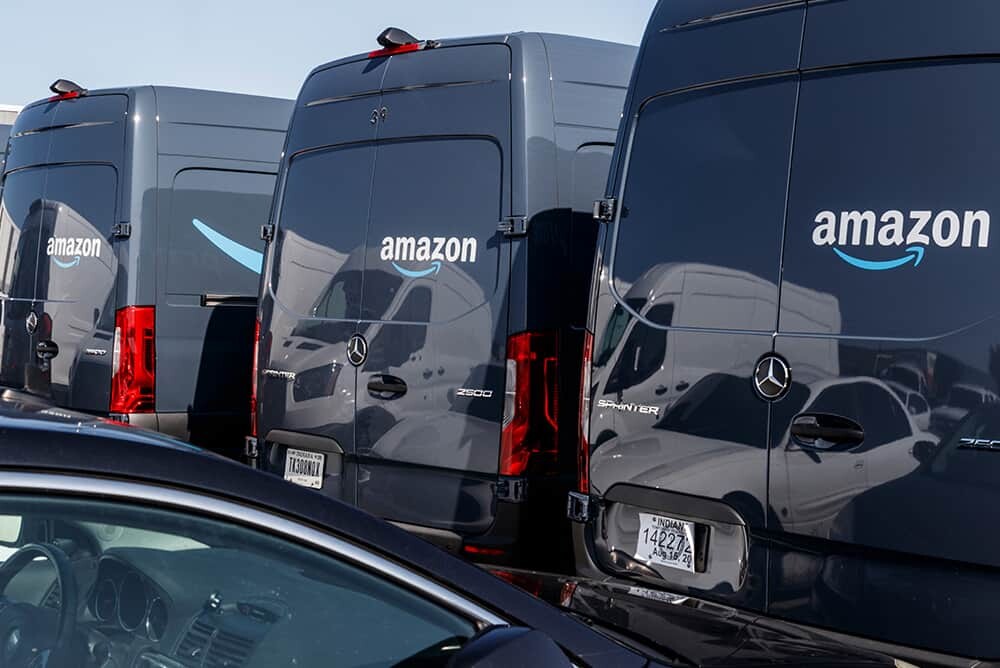 Amazon FBA or FBM – which sales and logistics model is better for selling on Amazon? 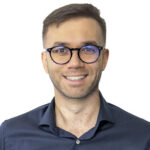 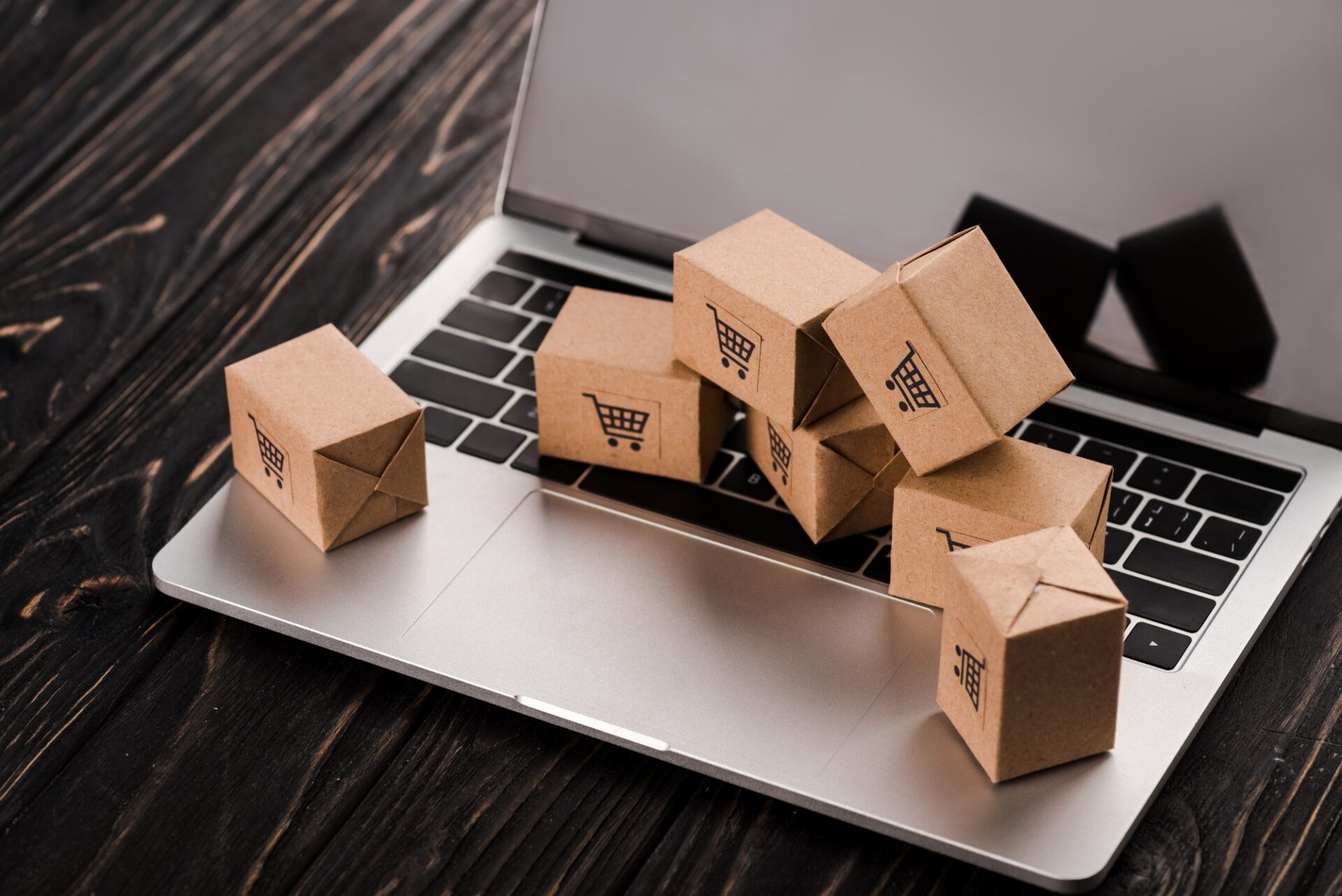 E-commerce trends for 2022 and beyond

This website uses cookies to improve your experience while you navigate through the website. Out of these, the cookies that are categorized as necessary are stored on your browser as they are essential for the working of basic functionalities of the website. We also use third-party cookies that help us analyze and understand how you use this website. These cookies will be stored in your browser only with your consent. You also have the option to opt-out of these cookies. But opting out of some of these cookies may affect your browsing experience.
SAVE & ACCEPT
Powered by